From our library to yours: 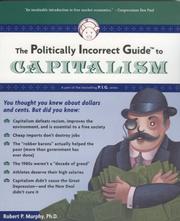 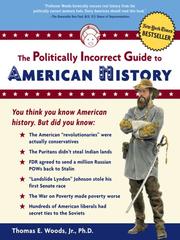 The Politically Incorrect GuideTM to American HistoryThomas E. Woods; Regnery Press 2010Almost everything you know about American history is wrong, because most textbooks and popular history books are written by left-wing academic historians who treat their biases as fact. But fear not, Professor Thomas Woods has written the perfect antidote. This delightful book–funny and inviting, but factually sound–shatters the myths about American history and separates fact from fiction. 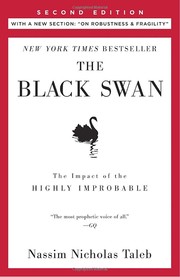 The black swan: the impact of the highly improbableNassim Taleb; Random House Trade Paperbacks 2010Examines the role of the unexpected, discussing why improbable events are not anticipated or understood properly, and how humans rationalize the black swan phenomenon to make it appear less random. 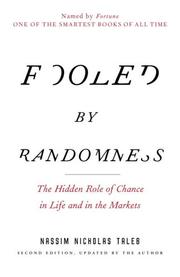 Fooled by randomness: the hidden role of chance in life and in the marketsNassim Nicholas Taleb; Random House Trade Paperbacks 2005This book is about luck: more precisely how we perceive luck in our personal and professional experiences. Set against the backdrop of the most conspicuous forum in which luck is mistaken for skill–the world of business–Fooled by Randomness is an irreverent, iconoclastic, eye-opening, and endlessly entertaining exploration of one of the least understood forces in all of our lives.
The Underground History of American Education: A School Teacher’s Intimate Investigation Into the Problem of Modern SchoolingJohn Taylor GattoAn intimate investigation into the prison of modern schooling. This book will take you on a journey into the background, philosophy, psychology, politics, and purposes of compulsion schooling.
Weapons of Mass Instruction: A Schoolteacher’s Journey Through the Dark World of Compulsory SchoolingJohn Taylor GattoJohn Taylor Gatto’s Weapons of Mass Instruction, now available in paperback, focuses on mechanisms of traditional education that cripple imagination, discourage critical thinking, and create a false view of learning as a byproduct of rote-memorization drills. Gatto’s earlier book, Dumbing Us Down, introduced the now-famous expression of the title into the common vernacular. Weapons of Mass Instruction adds another chilling metaphor to the brief against conventional schooling.
ProfessionIsaac AzimovIsaac Asimov’s Profession is an allegorical description of the manner in which education currently functions in our primitive western societies. 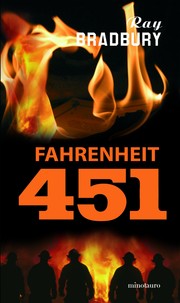 Fahrenheit 451Ray Bradbury; Editorial Minotauro 2005A totalitarian regime has ordered all books to be destroyed, but one of the book burners, Guy Montag, suddenly realizes their merit. 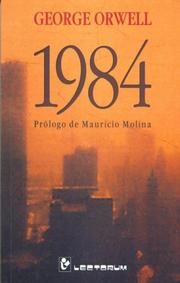 1984George Orwell; Editorial Lectorum 2002Written in 1948, 1984 was George Orwell’s chilling prophecy about the future. And while 1984 has come and gone, Orwell’s narrative is timelier than ever. 1984 presents a startling and haunting vision of the world, so powerful that it is completely convincing from start to finish. No one can deny the power of this novel, its hold on the imaginations of multiple generations of readers, or the resiliency of its admonitions—a legacy that seems only to grow with the passage of time. 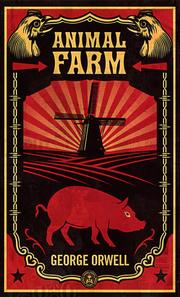 Animal FarmGeorge Orwell; Penguin 2008Animal Farm, by George Orwell – author of 1984, one of Britain’s most popular novels – is a brilliant political satire and a powerful and affecting story of revolutions and idealism, power and corruption. 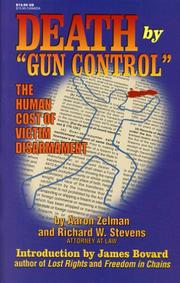 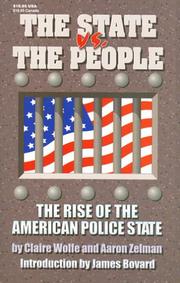 The state vs. the people: The rise of the American police state; Mazel Freedom Press 2001The free world maintains only the facade of liberty. Fully-documented book aims to rouse America from statist stupor. 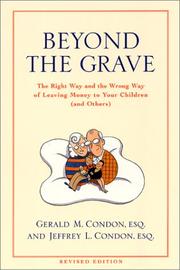 Beyond the grave: the right way and the wrong way of leaving money to your children (and others)Gerald M. Condon; HarperBusiness 2001This expert, one-of-a-kind handbook shows you how to: Ensure that your inheritance instructions will he carried out — the way you want them to be; Protect your child’s inheritance from creditors, ex-spouses, addictions, tax troubles, mismanagement, squandering, and other risks of loss; Prevent family conflict that can arise when parents die and children divide the “family money”; Leave more money to your children and grandchildren, and less to the IRS — and understand the hidden cost of a “death tax” repeal.
The Morality of Capitalism: What Your Professors Won’t Tell YouTom G. PalmerClear, concise, and persuasive rarely-heard arguments in favor of free market capitalism.
The Economics of Freedom: What Your Professors Won’t Tell YouFrederic BastiatA collection of essays by nineteenth century French political economist Frederic Bastiat.
Inclined to LibertyLouis E. CarabiniIf you are vexed by anti-capitalists attacks all around you, this book provides vast amounts of intellectual ammunition to deal with it. It is also an excellent book to give someone who just can’t seem to understand the merit of economic liberty. 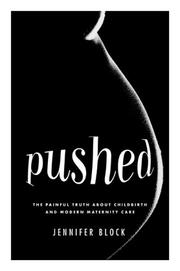 Pushed: The Painful Truth About Childbirth and Modern Maternity CareJennifer Block; Da Capo Lifelong Books 2007In the United States, more than half the women who give birth are given drugs to induce or speed up labor; for nearly a third of mothers, childbirth is major surgery – the cesarean section. For women who want an alternative, choice is often unavailable: Midwives are sometimes inaccessible; in eleven states they are illegal. In one of those states, even birthing centers are outlawed.When did birth become an emergency instead of an emergence? Since when is normal, physiological birth a crime? 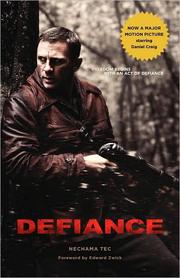 DefianceNechama Tec; Oxford University Press 2009The prevailing image of European Jews during the Holocaust is one of helpless victims, but in fact many Jews struggled against the terrors of the Third Reich. In Defiance, Nechama Tec offers a riveting history of one such group, a forest community in western Belorussia that would number more than 1,200 Jews by 1944–the largest armed rescue operation of Jews by Jews in World War II.
Dial 911 and DieGarn TurnerAmericans need to know whether they are safe from violent crime. Many Americans believe the myth that they can simply “dial 911” and then just wait for the police to rescue them from danger. Dial 911 and Die explodes that myth with true stories from all over the country. It boils down to this: in most cases, the police do not have to protect ordinary private citizens from criminal attacks. The law and the courts shield the police departments and governments from liability. That means the citizens are left in the cold. When the thug breaks down your front door, is dialing 911 really your best defense? Americans and Canadians everywhere need to know, and Dial 911 and Die gives the answers. Don’t become a victim to a false hope…read this book and get the facts. .

For additional book and movie reviews see our posts from Books & Movies category.